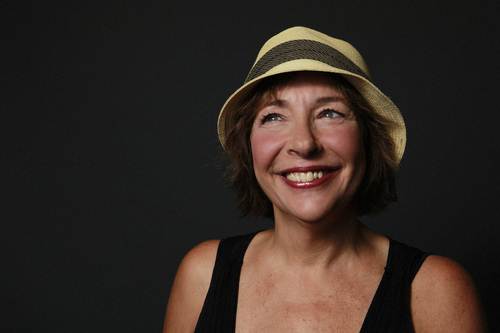 It’s been a long time coming. But not all that long. After 30 years of exploration, we find ourselves at war with the Internet we created.

Vices often begin as prescriptions for what ails us. It took about 100 years to first popularize and then condemn cigarette smoking. Before the 1800’s you could use cocaine and opioids quite freely to relieve symptoms of everything diarrhea to toothache. Gun use is still debated despite the toll they’ve taken on human life. And we are just beginning the great cannabis experiment as entire cities are ingesting and inhaling altered states.

So it shouldn’t come as much of a surprise that thirty years after its invention as mankind’s savior and the repository of all human knowledge, the Internet has been declared a toxic dump. Cleanup solutions span everything from abdicating to the tech titans to work things out to serious regulation. Already some early trendsetters are declaring themselves social media free and are limiting their online life with evangelistic ferver.

The mature Internet makes it childs play to damage a person’s life through bullying, manipulative practices, hate messages and misinformation, just to rattle off a few.

As we start building the next gen Internet, one that will be made of experiences based on 5G, AI and connected ubiquity, we have a chance to repair the potholes. Time to wise up and treat the Internet as the WWT (World Wide Treasure) it was meant to be. Think of it like the UNESCO for cyberspace — protect a heritage site but plan for future growth.

It’s as dangerous as a car so why not issue a license to drive it? I ‘ve been suggesting the notion of an Internet driver’s license since the early 90s. My suggestion then was as a way to prepare young digital citizens for the lives they would lead. Too late. Now those young citizens are young adults with very little, if any, Internet training other than the school of hard knocks. Time for us all to get driver’s licenses and at minimum be able to drive defensively on the information highway. If you’re walking around with a device in your pocket that has as more computing power than the first gen NASA spacecraft shouldn’t you get a modicum of training? A simple basic digital literacy test on how to distinguish fact from fiction, extricate yourself from nasty situations, trace origins of messages, etc. goes a long way. Plus, you should need to renew it every few years based on new technologies and new evils.

Require Registration and Proof Of Identity

We’re way past the “nobody knows you’re a dog” era. It’s time to woof up and identify yourself. End to end anonymity has not been kind to the Internet so let’s reinvent beginning with the notion that there is an owner behind an IP address. Total anonymity is not a tenet of modern life; the Internet is a part of modern life. Figure out the corollary. ICANN the body that manages addressable names on the Internet needs a serious makeover.

Ask Permission Once, Twice and Then Again

Have you noticed that many of your destination websites are now reminding you how you got there and what their business is? Three claps for them. The post-GDPR world is realizing that you shouldn’t have to read until page 63 of terms and conditions find out what type of information is being extracted.

School Detention for Bullies and Thieves

Schools needs to be a place where good habits are formed. A teacher shouldn’t have to compete for attention with YouTube. The price to pay for plagiarizing, bullying, spreading false rumors should be explicitly clear. A connection-free detention is something no kid wants. So let’s get on it.

The How Did I Get Here Button

You should be able to click a button and have it show you the circuitous route you took to wind up where you are on the web. They know how you got there, and so should you.

Yes, There are Innocent Victims but Not Always

We’ve been culturally complicit is making the Internet a cesspool. Too happy to click for free, too rushed to figure out why something seems off. Catch yourself in the act.

Are you following a torrid headline? Fueling the fires of a hurtful conversation? Too lazy to hit “block”. Yes, we are by nature, voyeuristic and filled with guilty pleasures and all too happy to blame someone else. A little self-blaming/shaming can go a long way.

Silver bullet solutions to what ails the Internet are nonexistent. But cleaning up the messier parts of online life is not beyond our talents.

The Baby, The Bathwater and The Backlash
Scroll to top