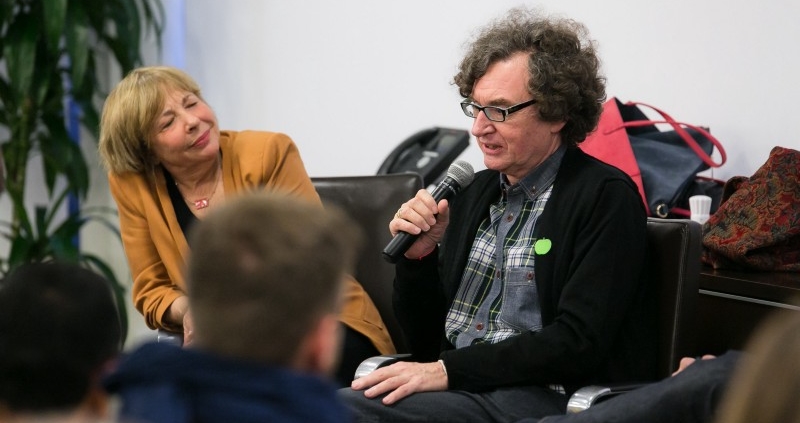 Somewhere just below hedge fund managers and slightly above stock brokers on the scale of “I just don’t get what they do all day” are the Venture Capitalists. Venture capital (VC) is money provided to various ages and stages of companies that allows them to build a product. VCs give you money, typically in exchange for equity in the company’s future growth. Typically, they’re willing to invest, wait a few years, and expect a sound return on their investment.

But the VC model is showing its age. And the new kid on the block(chain) is the ICO (Initial Coin Offering). They’re a blazingly fast way to raise capital and, thus far, regulators have been a bit slow to figure out what to do with them. According to TechCrunch, despite more than $900 million in recorded venture funding in 2017, and more than $375 million in known venture funding for the first two months of 2018, traditional VC rounds pale in comparison to ICOs in terms of dollar volume.

To help you visualize an ICO, think of it as something like what is born when Kickstarter meets cryptocurrency. An ICO is a way of crowdfunding with virtual currency (tokens) that give investors a piece of the product or company being formed. It changes everything from the speed of funding a company to the rules surrounding it and what exactly it is you own when you invest. The downside? ICOs are totally unregulated and subject to the roller coaster of the crypto market. Plus the herd mentality has set in, making buying into an ICO a bit like buying into the tulip mania of 1700’s Hollan

But don’t shed a tear for demise of VC culture just yet. I spent last week in the law offices of Sheppard Mullin, moderating a cast of VC characters that could have easily come out of casting central. Each, in their own way, spelled out a pretty bullish look at the role of the VC in the ICO marketplace. In a nutshell, they’re now the grownups at the table and the love the appeal of ICO liquidity.

What VCs have going for them is that while they’re feeling a little straightjacketed by the rules and regulations of their traditional VC day jobs, they’re also used to the discipline it brings. They’re betting that’s the same discipline the ICO world will require as the SEC, CFTC, IRS and others attempt to wrap their arms around the new economy.

God is in Liquidity
Walter DeBrower, CEO of doc.ai, sees the appeal of tokens in their liquidity. You’re free to invest and uninvest whenever you want, unencumbered by traditional regulations. In a conversation we had about the difference between traditional loyalty programs, where you join a club like Costco, and ICO utilities, DeBrower’s Zen-like answered, “These tokens will be able to leave the closed world. You will be able to sell them on exchanges for other tokens or for money, they will be liquid. The club of the future is the UNclub.”

Jay Eum, formerly with Samsung Ventures and now Managing Director and Co-Founder of Translink Capital, finds the ICO world energizing but recognizes the feeding frenzy anytime the three letters, I-C-O are mentioned. “The SEC’s recent interest in ICOs is actually a good sign for a maturing ecosystem,” he said. Eum believes the VC world can bring the discipline and management to the wild west of ICO.

Itai Damti, Resident Entrepreneur at 500 Startups also waves the optimistic caution sign. “We’re trying to be careful with investments in the space but VCs will be leading rounds of ICO, placing bets on founders just like they’ve done in the past. We’ll also see VCs entering ICO ventures early while the token is still being defined. We’re going to sober up, see a lot of failures and then VC and token sales will learn to co-exist.”

William Quigley, Managing Director Cashel Enterprises and an early and outspoken champion for all things crypto-related, thinks of liquidity as the VCs wet dream. “The lack of liquidity is the thing that all VCs struggle with. With tokens you can have liquidity — you can get in and out as you please. If a business comes to me and it’s an interesting one I encourage them to go into the crypto space,” he said.

Michael Sidgmore, Broadhaven Capital Partners, also believes ICOs will democratize access to fund technology investments. “ICOs have created liquidity, a way to invest and exit,” he said. Sidgmore is keenest on token infrastructure investments, because like any other market the ICO world needs a structure from pre trade to post trade. “Whether that should be centralized or decentralized is another conversation,” he added.

Duncan Davidson, Managing Director of BullPen Capital, doesn’t believe it’s an “if” question. “Venture Capital has already been disrupted,” said Davidson, and more than once. Where you once had VC money you now have accelerators and incubators. “The amount of money raised through ICOs has already disrupted venture capital.”

Ending on a Star Trek-ian note, Davidson predicts we’ll create the Internet of Machines on the rails of blockchain. Machines will be doing the transacting. “Think of self driving cars,” he said, “You want to park. You go on the internet. You buy a token. It’ll all happen in the background. The token world is good at focusing on ecosystem, not just companies.”’

VCs are not going away, and neither are ICOs. A shotgun marriage is happening as we speak. Will VCs upset purist utopian vision of a blockchain world? Probably. Will regulation and legislation also do that? Probably. “Tokens will be regulated as securities, but token utilities are not going away either. Everything will change by the end of the year when the first massively public companies get into the ICO game by converting their reward programs,” said DeBrower, adding “the future is Cambrian, not Jurassic.”

Watch the video of the panel

Digital Money: I Like the Island of San Juan
Scroll to top