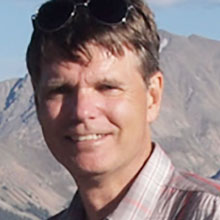 Kaare Christian has been producing the Last Gadget Standing and Mobile Apps Showdown competitions at CES for the last five years. He’s also involved in the KAPi awards, Young Innovators to Watch, and many other LIDT activities. Prior to LIDT, Mr. Christian worked with the Young People’s Chorus of New York, helping to manage concerts at most major NYC halls including Carnegie Hall, Alice Tully Hall at Lincoln Center, the Kaufmann Concert Hall at the 92nd St Y, and many others. Mr. Christian has a background in biomedical engineering, and was a principal at Optical Imaging Ltd. for over ten years, and before that he worked in the Wiesel Laboratory at the Rockefeller University. He also has a background in photography, including a stint with WWLP in Springfield Mass as a TV news photographer. He is the author of a dozen books on programming and technology. Outside the tech world, Mr. Christian is a founder of the Roe Jan Watershed Community, a regular contributor to the Hudson River Almanac, and an avid paddler and outdoors enthusiast. He’s the father of three, married to Robin Raskin, and he is still trying to locate his smart watch.