In my last posting I promised to report on my progress with the Kinect and Xbox, but things took an unexpected turn when we began renovations on our kitchen. Since we live in a one bedroom apartment in Manhattan, renovating one room requires the destruction of the other. Hence no living room, no workout room, no Xbox w/ Kinect.

Instead, I decided to take advantage of the fitbit I acquired at CES. My cute little blue fitbit has measured my steps, counted the number of stairs I climbed, calories burned and miles traveled since January. At CES, I was averaging about 15-16,000 steps a day. Despite New York being a “walking city,” it is taking a bit more effort to hit my daily average of 10,000 steps.

I kept to my workout routine of 4 runs of 2- 3 miles each and added a few extended walks on the days that I would normally do a Jillian Michaels DVD. Of course all the cleaning, lifting and shopping involved in renovating a kitchen added steps too. My results using the fitbit took me by surprise.

The fitbit clips to an article of clothing or slips into a pocket; it’s not much bigger than a USB drive. The blue display screen offers encouragement, number of steps taken, calories burned, and number of floors climbed. It uses a flower metaphor. The more steps you take, the taller the flower.

The fitbit syncs wirelessly to your online account through a docking station that is plugged into a USB port on your computer. Data is then uploaded and posted to your Dashboard. You can also update fitbit data from a smart phone – adding what you’ve had for lunch, for example. The company just recently launched its Android app but I use the iOS version.

Steps, stairs and activities are rewarded with badges as your stated goals are met and exceeded. If you are into it – you can compete with friends on Facebook for leadership board positions or use apps such as My Fitness Pal.

Fitbit has actually become “my little buddy”. I feel quite naked without it. But, I’ll admit some of my friends in the non – CE world are appalled at all of the naval gazing and body monitoring. When I explain that body sensor controls will be the fitness craze of the future they say they’re concerned with what it’s going to do to their privacy. Whatever, I don’t know if “big brother” is watching or not, but I lost 7 lbs, my kitchen is beautiful, and now that I’ve freed my living room I’m about to order my Xbox with Kinect. Any bet on whether Xbox or fitbit will win my self-inflicted weight loss program?

Apple and Education Minus Steve Jobs

Before You Hand Your iPad Over to Your Kids, Watch This 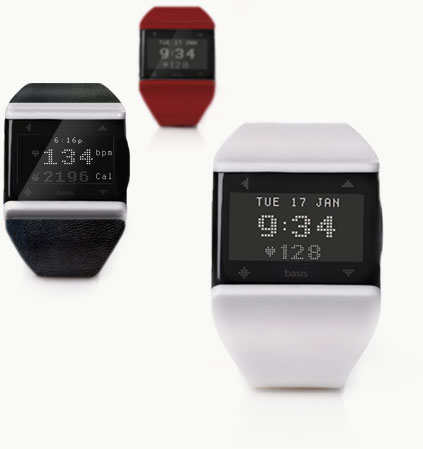 Zen and the Art of Asus

Fit and Fun: My Life with Gaggle of New Body Monitors

What Gets Your Inner-Fitness Going: Data or Friendship? Or Both? Can Tech Help Change Your Kid’s Behavior?
Scroll to top